Home / History / The Yoruba Concept of Abiku and Emere In Yorubaland

The Yoruba Concept of Abiku and Emere In Yorubaland

History, Tradition Comments Off on The Yoruba Concept of Abiku and Emere In Yorubaland 32,178 Views

It could sound primitive, but it is real especially the Yoruba race. Some children over time reborn to the same mother with the previous look, sex, complexion and structure. Owing to ephemeral nature of Abiku life, Abiku completes several consecutive life-cycles with one mother. In some reality cases, the Yorubas, in one of their traditional ways of deterring Abiku from death after reborn deface such children either by cutting their finger, ear or a deep mark in the face or back. To a great surprise in most cases, the Abiku on reborn would have those marks whether on the face or back.

The Yorubas’ also call Abiku some pleading-names like; Duro-Orike, Durosinmi, Durojaiye, Igbokoyi, Jokotimi, Malomo, kosoko, etc to plead with them not to die again and to allow them stay with their parents.

It is believed that Abiku plummet the fortune of their parents and their great joy is to see their mother cry when they die, severally because the tears running on their mothers’ face are valuable in the spirit of Abiku. Abiku time in human life is always short and their deaths mostly occur at the time of their joy like marriage, graduation etc.

Emere and Abiku are the kind of children according to the Yorubas’ belief who make a certain pledge concerning their life duration with their mates in the spirit world. At the expiration of the time, he/she dies and re-unites with their mates. Some oral tradition also confirm that some Emere among them must have married one of their mates and probably bore children over there (in the spirit world). In coming to the human world, the Emere could find it difficult to get married and bear children.

Research shows that if such person is eventually married and conceived pregnancy, somebody who refers to as spiritual husband (Oko Orun) will have sexual intercourse with her in the dream and this will result to miscarriage. This remains one of the factors responsible for barrenness among women according to Yoruba tradition and the solution to it, is proper spiritual consultation. 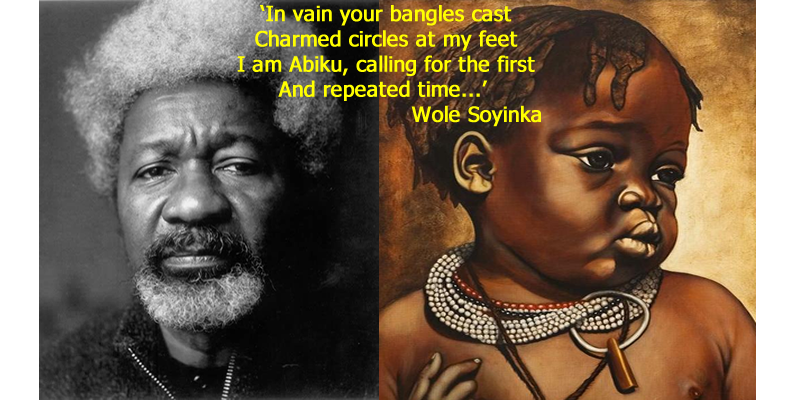 The Emere and Abiku if eventually cannot go back to their mates, maybe because of some spiritual appeasement made by their parents, believed to be having problems because their mates will not be happy for breaking of the re-unification promises they made with them. The problems such person usually face is the misplacing or total lost of any items in his possession especially money. The solution to that is for the person to offer sacrifice inform of food (Ounje Egbe) to stop such occurrence.

Research has also shown that the Abiku and Emere are very attractive because of their beauty and they love to live very close to water or coastal areas. They are the agents of Esu (a deity) according to some thoughts and convictions, but some believe that they are good to be with because they will affect anybody they love with blessing endowed on them spiritually.

The Yoruba tradition affirms that the Emere and Abiku spirit usually roam around some areas like the side of the road, corner in the cities and villages, foot path in suburban area, jungle, inside trees like Iroko tree etc, and all these places are forbidden for pregnant women to go by. The Yoruba belief is that if a pregnant woman goes to such areas, the spirit of the Emere or Abiku can follow the woman to her home and she might eventually give birth to a child with either Abiku or Emere spirits.

In preventing such incidence, pregnant women according to the Yoruba tradition are advised to attach either a needle or a small white stone to the edge of their clothes. The Emere and Abiku would not be able to follow the woman because those things are signs that work against them.
Aside this, pregnant women are not advised to stay alone in a hidden and dark place. They should also desist from going to T junction at noon. They are also forbidden to go out at the late hours in the night and they should desist from going to coastal areas and dumping sites.
Although, this could be unacceptable in science because it is metaphysical issue in which science is incapacitated to accept or refuse. It is completely out of scientific realm.

This is not to discredit science because science has made some irrevocable contribution to improve child mortality rate to the extent that the concept of Abiku and Emere has almost gone extinct. However, the fact is, there are still cases of children death without any sign of illness. Whenever such incident happens, the Yorubas believe is that such child is either Abiku or Emere and the solution is to trail the spiritual dimension.

Previous The Concept of “Eseun àná!” (Giving thanks for yesterday)
Next Our Culture and Language Must Not Be Mistaken