The Features Of Yoruba Religion.

Business, Religion, Tradition Comments Off on The Features Of Yoruba Religion. 4,752 Views

Like many West African natives, Yoruba practiced the traditional religion, before the introduction of Christianity and Islam. Each community has individual deity (or deities) peculiar to its devotional needs, for instance:

1] Belief in Olodunmare the most important Entity in the universe, the creator of heavens and the earth, who has no beginning. 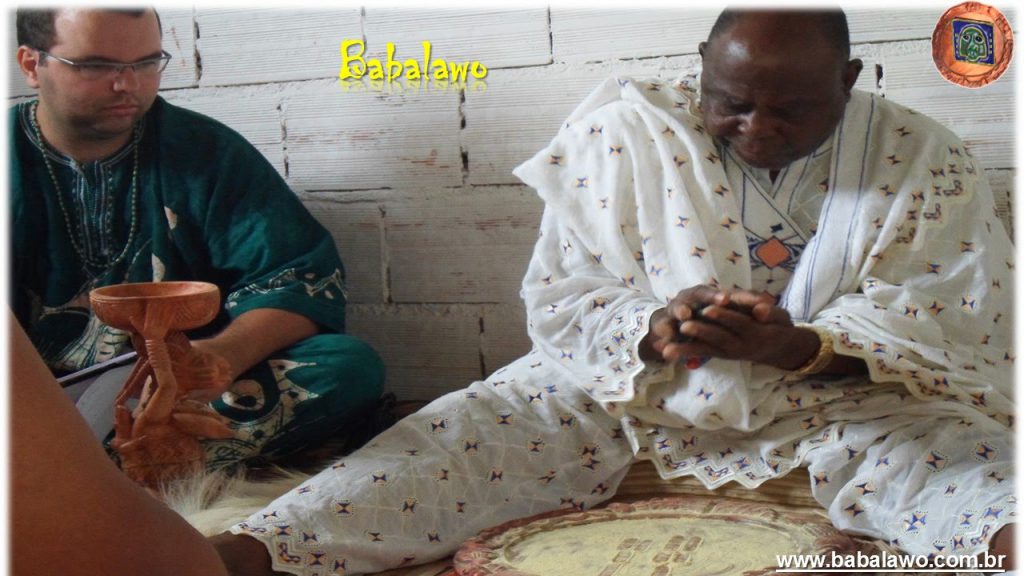 2] Belief in Deities/Orisas- small entities created by Olodunmare who were given specific assignments; they served as go between Olodunmare and humans. Records showed that Yoruba has about 401 deities; some of these lesser deities are Ọrunmila-the custodian of knowledge-represented by Ifa (while Babalawos are the human intermediaries who reveal the Ọrunmila message to humans). Ọbatala, is the molder of human bodies; Ogun, is the god of war and iron, very popular and deified in all Yoruba towns and villages in the times past. Ṣango, the human-turned-god is the god of thunder. Yemọja, the goddess of water is worshipped by Yoruba who live on the coast. In Yoruba pantheon, there are two categories of deities (oriṣa), those created by Olodunmare directly, and the second group, are human-turned-deity such as: Ṣango, Ọṣun, Ọya. These individuals, according to history, became deified because of uncommon role they played when they were alive; power they wielded and sacrifice made on behalf of their people. For instance, Ọyọ people will always be grateful to Ṣango for helping when Owu kingdom attacked Ọyọ and took Ajaka-Oko as captive to Owu. It was Ṣango, who saved Ajaka and Oyo from the humiliating situation. Yoruba have several of these deified individuals at town, community and even at regional level.

3] Irunmalẹ- are spirit creature according to Yoruba belief, they do not have specific assignment like the oriṣas, but perform jobs given to them by Olodunmare; they served as intermediary between the heaven and earth, they come after the Oriṣas. They lived in evil forests, mountains, and other far-away places.

4] Yoruba in the time past believed in ancestors- these are dead family members, who were turned to deities and worshipped by the family members. At community level some individuals were elevated to this status, and they became deified. In other cultures in the past, some family members became revered when: they died a good death at old age (ripe) with several children and grand children; above all, properly transmitted family traditions, laws, and custom to generation behind, what they inherited from their ancestors.

5] Reincarnation- belief that the dead family members come back to life, as a new child into family where they previously lived. Names like (Babatunde, Babajide, Iyabode, Yewande, Yeside, and Yetunde) are given to these children.

Besides, there is Egungun worship, which represents the “collective spirit” of ancestors. Ancestral worship is common among Yoruba, and it is a major belief in the traditional religion. The word, Egungun which means (bone rises or resurrects) has become a representation of dead individual/ancestor; Egungun paraphernalia includes mask, drum, and its motif ranges from human head to animal’s (head, horn, teeth, skin, claws and tail). Besides, other hand-made materials like clothing, mats are used. In the past, some Egungun appeared seldom (even till date), at a time of grief, whenever there was epidemic (uncertainty); these special masquerades (Egungun) usually senior citizen come out at night, make sacrifices on behalf of the community. Egungun is either a private (family affairs) or public (community affairs), certain period of the year is devoted to Egungun festivals; example of Egungun are (Ologbojo, Oloolu, Lebe). Every Yoruba town and village has its Egunguns which are varied and many.

Previous The Original Yoruba Word For Wife Is Aya Not Iyawo.
Next Are The Yoruba The Number One In Religious Tolerance?