Pa Josiah Olufemi Akindayomi was the founder and first general overseer of what is today known as the Redeemed Christian Church of God. The church, today acclaimed as the fastest growing Pentecostal church in the world, started in 1947 as an independent prayer fellowship, the Glory of God Fellowship. This group blossomed into the Redeemed Christian Church of God in 1952.

Josiah was born in 1909 into the Akindayomi family in Ondo State, Nigeria. From early childhood Josiah’s parents noticed unusual things about him. When he was sick, alledgedly his sickness, that usually defied traditional medecin-the most common treatment for sickness in those days-would abate and subsequently disappear once he was bathed with ordinary water. Josiah himself also had an inkling that he was different, for although he grew up in an environment where the worship of Ogun (the Yoruba divinity of iron and war) was prevalent, he was aware of the existence of a greater power and yearned to know the true God who created the earth and everyone in it.

His yearning after God led him into the Anglican Church where he was baptized in 1927. Still spiritually unfulfilled, he joined the Cherubim and Seraphim Church in 1931. A few years later he began to hear a voice inside him declaring that he would be a minister of God. He was not at ease with this voice, which he identified as God’s call to full time ministry. For seven years he ignored it, since he had never intended to be a pastor. During this period, virtually everything went wrong for him. All his business ventures failed; heavily in debt and without peace of mind, he found himself totally dependent on the grace of God.

The turning point for Josiah came when, in 1940, he dreamed of an old man scratching his leg. He woke up the next morning with a sore on his leg that deteriorated significantly within a short period of time. Then he heard the voice inside him telling him to submit to God’s will and to serve him. When he asked for signs to confirm that the call was from God he was given the following passages as confirmation: Jeremiah 1:4-10, Isaiah 41:10-13, and Romans 8:29-31. [1] Without the use of medication, the Lord healed the sore on his leg. This marked the beginning of a definite relationship with God. Totally broken, he yielded to God, saying, “Lord I will go wherever you want me to go.” The Lord assured him that he would provide for all his needs as he would henceforth receive no salary from anyone. This promise from the Lord was a comforting reminder to him during his trials in subsequent months.

Akindayomi was married in 1947 and relocated to Lagos in the latter part of that year. In Lagos, he worshipped with the Cherubim and Seraphim Church at its Ibadan Street, Ebute-Metta branch, where Prophet Onanuga, the immediate successor to Prophet Moses Orimolade, the church founder, was the leader. He was still with the church in 1947 when a zeal for a better service and a deeper experience with God prompted him to start the prayer fellowship later known as the Glory of God Fellowship that met at 9, Willougby Street, Ebute-Metta, Lagos. Initially there were nine members; however the fellowship gradually grew as the news of the miracles that occurred in their midst spread. It became so popular that it drew not only members of the church, but others from the neighborhood. 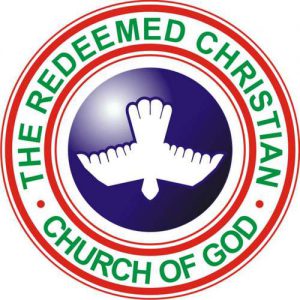 In this same vision God promised to take the church to the ends of the earth and declared that the Lord Jesus Christ would meet the church when he returned in glory. The Lord also established a covenant with Akindayomi similar to the Abrahamic covenant in the Bible, promising to meet all the needs of the church in wonderful ways if only members would serve Him faithfully and be obedient to His Word.

The Redeemed Christian Church of God was formed, based on this covenant, in 1952. The church continued to meet at 9 Willoughby Street until they acquired some land and relocated to their headquarters at 1-5 Redemption Way, Ebute-Metta, Lagos (formerly 1a Cemetery Street). In the 1950s it was quite fashionable for Nigerian independent churches to affiliate with overseas ministries for expansion purposes. However, according to sources, God strongly instructed the Redeemed Christian Church of God not to merge with any foreign or overseas body. Today the church has become one of the fastest growing Pentecostal churches in the world.

Like Moses in the Bible, Akindayomi named his successor before his death. In the early 1970s God had told him that his successor, who was not yet a member of the church, would be a young educated man. Thus when a young university lecturer joined the church in 1973, Akindayomi was able to recognize him in the Spirit as the one whom the Lord had spoken of. This man, Enoch Adejare Adeboye, a lecturer in mathematics at the University of Lagos, soon became involved in the activities of the church. He became one of the interpreters translating Akindayomi’s sermons from the Yoruba language into English. He was ordained a pastor of the church in 1975.

One day the Lord revealed to Akindayomi that it was time for him to die. He then sent for Pastor Adeboye and spent several hours with him, sharing the details of the covenant and the plans of the Lord for the church. A year earlier, the Lord had revealed to Pastor Adeboye that he would be Akindayomi’s successor, but it was too difficult for him to fully contemplate such an awesome responsibility. Akindayomi died in 1980 at the age of 71. Thereafter Pastor Adeboye’s appointment was formalized and he has since been the general overseer of the church.

Today God is still doing powerful work through the Redeemed Christian Church of God worldwide. In 1981 there was an explosion of growth in the number of parishes. At the last count there were about 2,000 parishes of the church in Nigeria. The church is also present in other African nations, including: Côte d’Ivoire, Ghana, Zambia, Malawi, Zaire, Tanzania, Kenya, Uganda, Gambia, Cameroon, and South Africa. In Europe the church has spread to England, Germany, and France. In the Americas there are U.S. parishes in Dallas, Tallahassee, Houston, New York, Washington, and Chicago, and in the Caribbean states of Haiti and Jamaica. One prominent program of the church is the Holy Ghost service, an all-night miracle service, held on the first Friday of every month at the Redemption Camp at Km. 46, Lagos-Ibadan expressway. The average number of those who attend the service is about 500,000. The Holy Ghost service is now also held in London on a quarterly basis.

Here are some comments from timeline and messages in remembrance of Baba, Josiah Olufemi Akindayomi was the founder and first general overseer of what is today known as the Redeemed Christian Church of God.

Make your comment below!
Exactly 34 years papa you left these world to go and rest because I remembered very well that you said you are going to rest now I know what you meant because the righteous does not die but rest in the bosom of God. Papa, I missed you so much continue to rest in the lord. Love you so much bami joe.
By: Pastor Ife Akindayomi

34 Years ago, You ( Pa Josiah Akindayomi) named me Stephen Oluwatunbi and you went to be with the the Lord 5 days after. Today November 2nd is here again. May you continue to rest in peace till we meet and depart no more! Baba thank you for waiting to ordained me me before you died, one thing I will not take for granted
You are Gone, But Not Forgotten Baba Alakoso By Oluwatunbi

Wow! November 2nd is here again. It falls on a Sunday like that day you left us. Just like yesterday, Baba mi…you left over 30yrs ago, 1980, and the legacy you left behind is still so undeniable. Even though you told us your children that you had nothing to leave behind for us, but you left a name, a lasting legacy. Thank God the Church is waxing stronger, and as God told you that He will meet His Church when He returns, God is proving it still. You will forever be missed “Baba mi”. Your memory remains indelible in our hearts. We love you, but God loves you more. Continue to rest in the bosom of your Lord, till we meet to part no more.‪#‎forevermissed#JosiahOlufemiAkindayomi
Pastor till Akindayomi

ADDITIONAL POINT TO NOTE: The personality in the picture as above is a Clergyman in the vineyard formerly at Cherebu and Seraphin Church in Ondo. Due to his Divine Call, he embark on a foot journey toward Ile ife in his early years where he attend an open rival and the Lord use him to wake up a dead body. After a brief stay at Ile Ife, he migrated to Lagos State where the Lord bless him abundantly in his sojourn and Clergyman career. He founded Ijo Irapada ti Kristi as written for him on the wall because of no formal education. The same Church later transformed to Redeem Christian Church of God through the academician Deacons under his Leadership. Papa full name is – Josiah Olufemi Akindayomi Akindolie (Josiah Olufemi Akindayomi), May his gentle soul continue to rest in perfect peace with the Lord…Amen. God Bless! 9 October 2013 at 17:04″ . Otunba Damilola Oladimeji

Previous Ondo Kingdom – Why we are, where we are
Next Monday Myth According To The Yorubas