Rt. Rev. Canon Moses Craig Akinpelumi Adeyemi was born on 5th September 1882. His mother was Madam Olatunwunsi of the Awosika family in Ondo. His father was Seriki Lawani Adeyemi, from the royal family of Oyo. Madam Olatunwunsi was abducted to Epe, near Lagos, while Prince Lawani Adeyemi was an itinerant trader after he was banished from Oyo. He was a member of a small group from Oyo area plying the route to Lagos in the mid 1870’s – 1880’s.

This was sequel to the Ibadan-Ekiti Parapo War of 1877-1893. Though the Alafin supported the Ibadan up to a point, it did not prevent Oyo traders from crossing territories supporting the Ekiti Parapo. Until the millitary expendition of 1892, the Ijebu had blocked the routes to Lagos traders passing through Ijebuland into the interior. The traders therefore found an alternative in the Ondo route via the lagoon, going through Itebu in Mahin country to Ondo. From Ondo they went either through Oke – igbo to Ife or northwards through Ekiti to Oyo and Ilorin. About 1180, Prince Lawani Adeyemi met Madam Olatunwunsi at Epe where she had been abducted, and they soon got married to each other. It would appear, however, that the marriage was short-lived for, as was related, Olatunwunsi who was nursing a child and carrying another pregnancy, was abandoned by Prince Lawani Adeyemi.

After the death of his mother in 1892, Akinpelumi lived with Bishop S.C Phillips I. He attended Saint Stephen’s Primary School from 1890 – 1896. In 1897, when the late Rev (later Bishop) Melville Frank Jones approached Chief Ayotilerewa for a boy, he had no difficulty in handling over to him Akinpelumi who had just completed his primary education. Rev. Jones then took Akinpelumi to Oyo where he had just been posted. Akinpelumi proved himself as honest, clever and dutiful boy. In 1898 he was admitted to Saint Andrew’s College Oyo. He was brilliant and very well behaved. He loved music and sports, and soon became a favourite of Rev. and Mrs Jones who adopted him as their son. Akinpelumi passed out form Oyo in 1902, and worked as a teacher until 1909 when he was offered scholarship to Fourah Bay College Sierra Leone.

In 1911, having completed his course, he graduated at Furah Bay with a B.A in Classics. He seemed to have decided to make a career of teaching because in the same year 1911, he preceded for post-graduate course in education at the Cheltenham College in England, where he obtained masters diploma degree – Masters Methods. Having been fully educationally equipped, Akinpelumi came back to Nigeria in 1912 to join the teaching staff of his alma mater, Saint Andrew’s College, Oyo. He was ordained a deacon, later priest whilst he was still at Oyo. He was also a warden of theological College, a department in Saint Andrew’s College, Oyo.

In 1915 he was appointed C.M.S Educational Secretary and inspector of Schools on religious matters in Yoruba Mission Area. It was from this position that he tried to urge the Ondo Community to follow the example of Egbe, Ijebu, Ibadan and Lagos to establish a grammar school, to serve not only the Ondo, but also the Ekiti, Akoko,, Igbomina and the peoples of Benin and Delta Provinces. Until 1919 when Ondo Boy’s High School was founded in Ondo, pupils seeking secondary education from the different parts of the areas mentioned above had to travel by foot to Lagos, 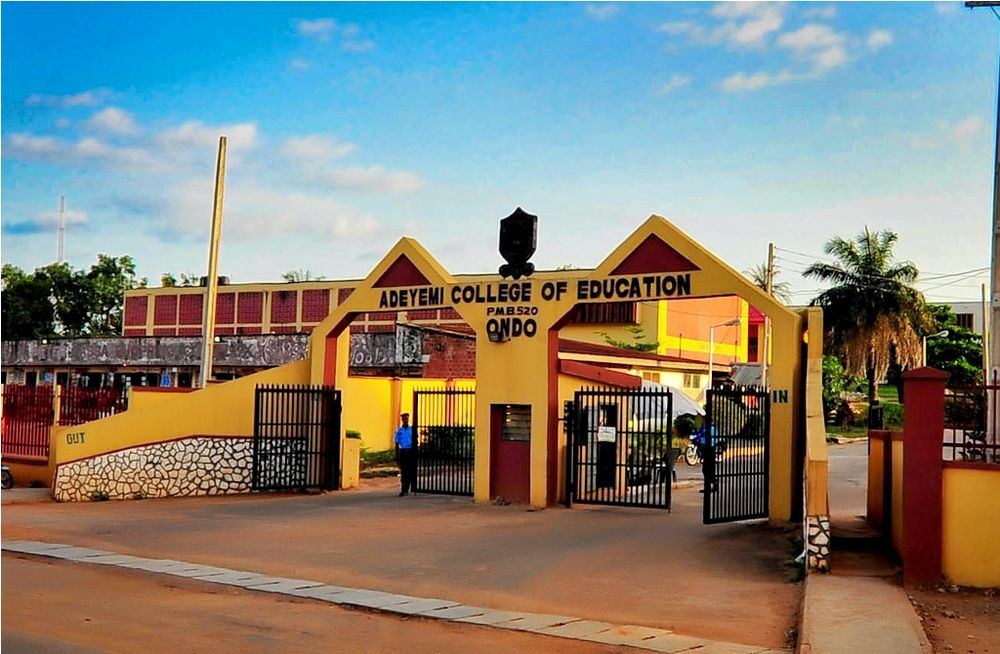 Abeokuta, Ijebu, and Ibadan where the various missions had established mission secondary school.

The schools were C.M.S Grammar School, Lagos (established in1855), Baptist Academy Lagos (established in1893,), Ijebu – Ode Grammar School, Ijebu – Ode (established in 1913 by the C.M.S), Ibadan Grammar School, Ibadan (established in 1913 by the C.M.S). Given the distance between these towns and Ondo, and in the absence of easy means of transportation, the Ondo children who gained admission into any of these schools had to walk the distance. A journey from Ondo to Lagos made by foot under the harsh condition of the time, took about one week travelling through the creeks to Lagos. In addition to the luggage containing personal effects, the pupils also had to carry along food items that would be needed in the course of journey.

It was in the face of such hard conditions that the idea of establishing a community secondary school was first mooted by the people of Ondo. Spearheaded by Rev. Canon Adeyemi in collaboration with the Osemawe and Chiefs of Ondo, the effort towards realizing the dream of a community secondary school was set in motion in 1917. It was a measure of the Ondo people’s great foresight and love for education to have sought for the establishment of the school cannot be over – emphasized. A planning and co-coordinating committee for the establishment of the school was constituted in 1917. The members of the committee were:
1. Late – Chief Logbosere Cornelius Awosika, Secretary/ Treasurer
2. Late – Chief Lomafe Olatunji Awosika
3. Late – Mr. Daniel Rogers
4. Late – Chief Seriki Akinrosotu
5. Late – Chief G.O Fajiye
6. Late – Mr. J.O. Akinwotu

The committee was to work out the modalities for the establishment of the school. It was to mobilize the Ono community and raise the needed funds for the school project. The committee worked conscientiously and with the great zeal that by 1918 it had sufficiently aroused people’s awareness and intrest in the school, so much that it had raised enough fund for the school to take off. The one contentious issue that had to be resolved concerned the ownership and control of the proposed school. For logistic reason Rev. Canon Adeyemi advocated the management and control of the school by the C.M.S. Provisional Church Council.

By this, it would be possible to secure a graduate to head the school, since most, if not all, teachers of the time were sponsored committee thought differently.
As he argued, contributions to the School project from members of the community cut across religious or denominational boundaries. For him therefore, the management and control of the school should be with the community. It was then easy, however, to cite the examples of existing secondary school in Lagos and elsewhere carrying missionary tags. In addition, it was argued by Rev. S.C Phillips, chairman of Provincial Church Council, that the financial expenses of running the school would be too heavy if the school was independent of the Church.

The committee therefore agreed to the opening of a C.M.S. Grammar School. Consequently a C.M.S. Grammar School was opened on 13th January 1919 at Saint Stephen’s vicarage, with fifteen students on roll. The committee appealed to the C.M.S. to release Canon Adeyemi to run the school. But before the C.M.S could act on the request, Rev. S.C Phillips, chairman of the Provincial Church Council, had invited Rev. T.O. Dedek, a fresh graduate from Fourah Bay College, to come to Ondo and start the grammar school. Rev. S.C. Phillips then constituted a Board of Governors for the school which excluded the leading members of the fund raising committee on the grounds that they were non-communicants and because of the rule barring polygamy.

Rev. S.C. Phillips was said to have caused uproar in the Church when he made some remarks in a sermon which were interpreted as criticizing Canon Adeyemi for remaining a bachelor up to the time. As a result of the misunderstanding between the committee and the Church Council, particularly over the choice of the school principal, the committee withdrew its support from the C.M.S. Grammar School. They established instead the Ondo Public High school as a community school, with the Osemawe and not the C.M.S. as proprietor. Canon Adeyemi then resigned as C.M.S. Educational Secretary to become the founding principal of now Ondo Boy’s High School in 1919. On 29th December 1921, Canon Adeyemi married to Miss Elizabeth Modupeola Okuseinde, a Domestic science graduate of Cheltenham School of Domestic Science, England and daughter of Rev. Canon and Mrs J.A Okuseinde of Saint Peter’s Church, Aremo, Ibadan. Their marriage was blassed with seven children (six surviving). Mrs Adeyemi became the school bursar and warden of Ondo Boy’s High School when she married Rev. Canon Adeyemi.

As a British Citizen and Bonafide Yoruba race person. The Human Rights Act 1988 of …