Home / History / Are The Yoruba The Number One In Religious Tolerance?

Are The Yoruba The Number One In Religious Tolerance?

History, Religion, Tradition, travel Comments Off on Are The Yoruba The Number One In Religious Tolerance? 3,429 Views

When it comes to religion, are the Yoruba people of Nigeria the most tolerant race [tribe] in the whole world? It may not be wise to say yes because of the absence of any endorsement of such a position by a global body like the United Nations. But having travelled to many parts of Nigeria and some parts of the world; having read books about several peoples of the world, I can comfortably say that I have not seen or heard of any country or people that tolerate one another on the issue of religion like the Yoruba of Nigeria.

As a child growing up in Igboland, I thought the Igbo were the most tolerant in matters of religion. For example, the only mosque in my hometown Nnewi was built right at the gate of the Diocesan Church Centre of the Anglican Church, which was the central church for Anglicans in the town when the head of the diocese was in Onitsha. The mosque was owned by the Hausa-Fulani community. Items like sugarcane, carrot and kulikuli were sold beside the mosque, and cobblers took care of people’s shoes there. I never missed the sugarcane and kulikuli any time I had cause to be at the church. Christians never bothered that Muslims (who were not sons and daughters of the community) situated their mosque by the gate of the central church of the Anglican Communion in the town.

There was no Muslim in my primary school; in my secondary school, there was a Muslim boy – a boy whose father was a policeman posted to the town. On Thursdays when we had our moral instruction classes, the chaplain of the school who was also the vice-principal, always announced that the Muslim boy was the only one exempted from participating in moral instruction classes because the school had no Islamic teacher. Other pupils must either be at the Roman Catholic section or the Protestant section. We all envied the boy for the preferential treatment he always got as the only Muslim boy in our school. 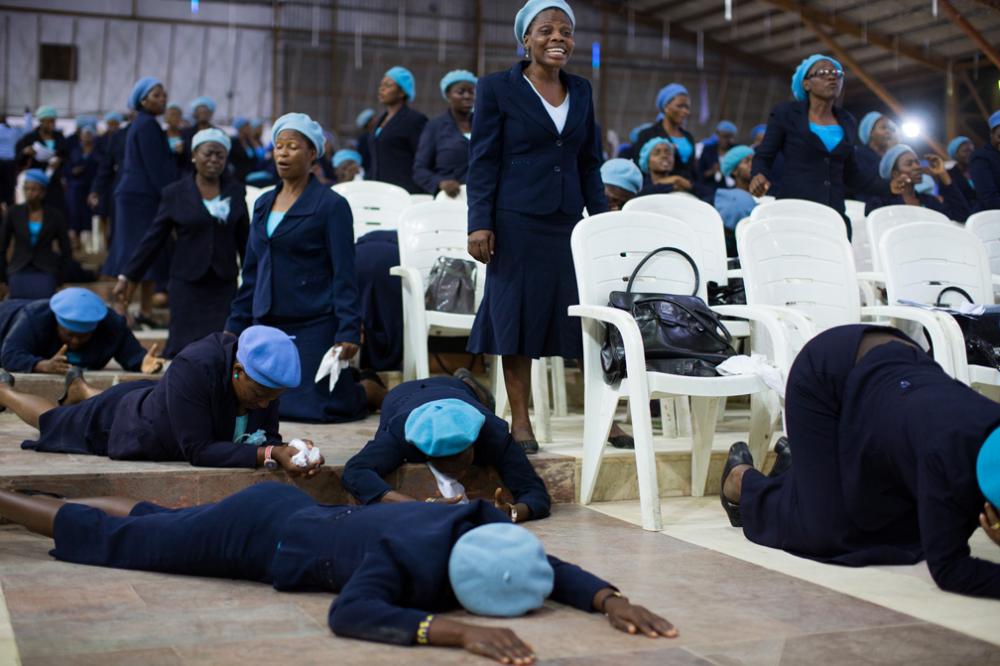 With this type of background, I grew up with the assumption that the Igbo must be the most tolerant in matters of religion in Nigeria. But there were events that made me have a rethink later in life. When I was growing up, my community had two major Christian denominations: Anglicans and Catholics. Almost all the schools in the town were founded by the two churches. Parents usually sent their children to these schools based on their Christian denominations, even after the state government took over the schools. At the close of school each day, there was usually a point where pupils of the Anglican Church-founded schools met pupils of the Catholic Church-founded school. Preachers, church teachers and parents had indoctrinated the children that only their denomination was the one endorsed by God. So at such meetings, taunting songs would be sung and a fight would ensue between Anglican and Catholic children.But that was not all.

Many young men and women could not marry one another because one was Anglican and the other was Catholic. Especially from the Catholic community, it was always an uphill task for a girl to be allowed to be married by an Anglican or a member of the Protestant Church. But one thing that was shared by all the Christian denominations was that no married woman was allowed to attend a church different from the one her husband attended. The few who insisted on continuing with the church of their birth while in their matrimonial homes either caused a deep rift in their marriage or even lost their marriage entirely.

Compare that with a typical Yoruba family. A couple with six children could have a family like this: the man is a Muslim; the wife attends the Celestial Church of Christ; the first child started as a Muslim but converted to Christianity and is now a member of a Pentecostal church; the second child is a devout Muslim; the third and fifth children are members of the Methodist or Baptist church; the fourth child attends no church or mosque but prefers the Yoruba gods whenever he has any spiritual needs; and the last child is an Anglican.

One would assume that with this seemingly cacophony of religions in this family, there would be constant religious tension, hatred, quarrels and fights in it. No. In Yorubaland, no one disturbs the other because of religion. Interestingly, during Islamic festivals, Christians join their Muslim relatives to celebrate. Also during Christian festivals, the Muslims join their relatives to celebrate. For example, the Governor of Lagos State, Mr. Babatunde Fashola, is a Muslim, while his wife is a Christian.

In the larger Yoruba society, the issue of religion is not a factor while considering a candidate for an elective post. For example, Bola Tinubu, a Muslim, did two terms as Lagos State governor and handed over to Fashola, a Muslim, who is doing his second tenure in office now.

Such high level of religious tolerance is not even obtainable in countries that are known for freedom and rights like the United States of America and the United Kingdom. In such countries, even though there is religious freedom, there are certain social and political positions that some people may never dream of.This wonderful trait of the Yoruba needs to be publicised. If such a trait were from an American community, several documentaries, films and books would have been produced based on it. If the Federal Government would not publicise such, it behoves the Yoruba nation to sponsor the production of such materials.

In addition, the Yoruba nation should embark on a religious-tolerance campaign across the federation and even the world. That will offer them the opportunity through which they will teach other races how they have mastered the art of religious tolerance. There is no denying that religion is a major threat to world peace today. Nigeria is getting its share of violence. Therefore, any effort that will help to reduce the threat will be a welcome development.

Previous The Features Of Yoruba Religion.
Next Understanding The Antiquated Yoruba Oro Festival.